Adani Group to sue Hindenburg Research for its report, calling it a “maliciously mischievous, unresearched” report 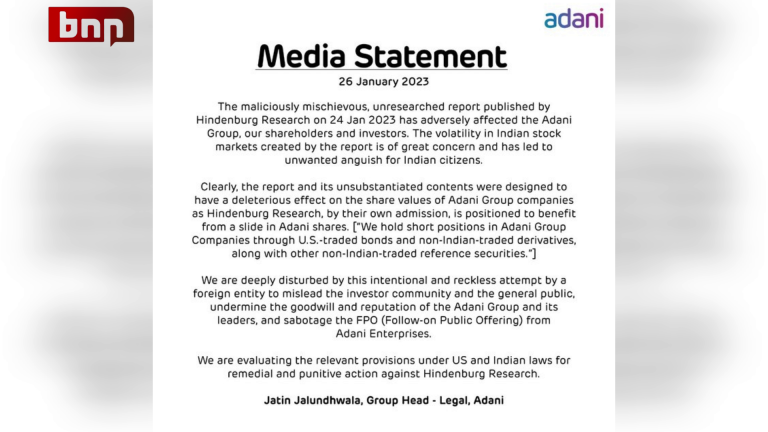 The group stated in a statement, “We are evaluating the relevant provisions under US and Indian laws for remedial and punitive action against Hindenburg Research.”

He added, “The volatility in Indian stock markets created by the report is of great concern and has led to unwanted anguish for Indian citizens. Clearly, the report and its unsubstantiated contents were designed to have a deleterious effect on the share values of Adani Group companies as Hindenburg Research, by their own admission, is positioned to benefit from a slide in Adani shares.”

Adani said in a statement, “We are deeply disturbed by a foreign entity’s intentional and reckless attempt to mislead the investor community and the general public, undermine the goodwill and reputation of the Adani Group and its leaders, and sabotage the FPO (Follow-on Public Offering) from Adani Enterprises.”

The Adani Enterprises FPO, the group’s flagship, launches on Friday and has received proposals worth Rs 9,000 crore as against a quota of Rs 6,000 crore worth of shares for the anchor investors.