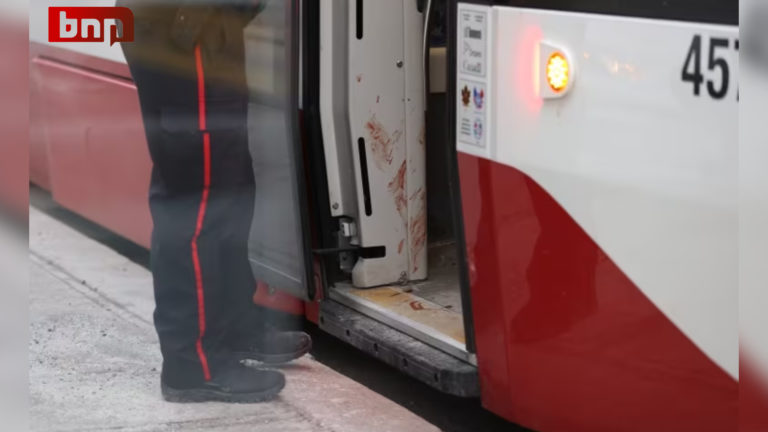 A woman, believed to be in her 20s, was stabbed multiple times on a Toronto streetcar, Toronto police said.

Police reached the area of Spadina and Sussex avenues around 2 pm and said the woman had been stabbed in the face and head.

Following the incident, a woman in her 40s has been arrested and is expected to be charged with aggravated assault, police say. A knife was also recovered at the scene.

Police don’t believe that the victim and attacker knew one another. The victim has been rushed to hospital with serious but non-life-threatening injuries.