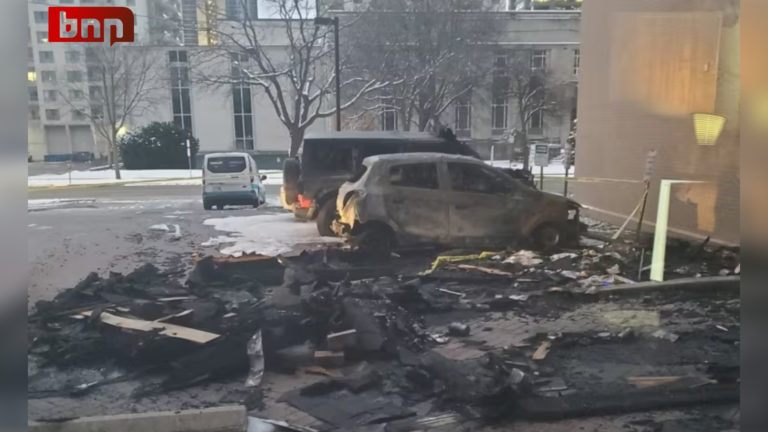 London police arrested a man after a downtown high-rise building was damaged and two vehicles were destroyed by fire in London, Ontario.

The incident occurred on the south side of the Picton Street building facing Queens Avenue, forcing some residents to evacuate. Police have labeled it an arson investigation.

According to London Fire officials, the fire started in recycling bins and spread to a shelter and two parked cars causing an estimated $1,60,000 in damage.

Police said that no one was hurt. This is the second fire incident that the residents have seen in the building’s recycling structure in two years.