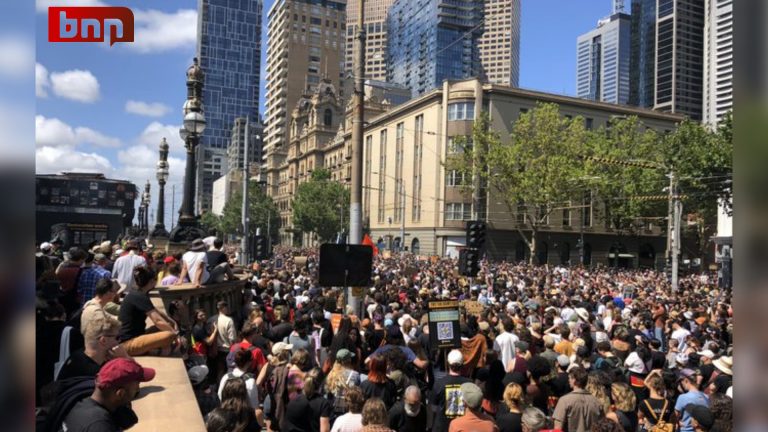 On Thursday, thousands of Australians marched in support of Indigenous people as part of the country’s national day celebrations.

People are protesting in Sydney as the country debates whether its long-suffering Indigenous population should be recognised in the constitution.

On January 26, #AustraliaDay has traditionally commemorated the arrival of European settlers at Sydney Harbour in 1788, and has been marked with beach parties and backyard barbecues.

In Sydney, the capital of New South Wales, Australia’s most populous state, social media showed a large crowd gathered in the central business district for a “Invasion Day” rally, where some people carried Aboriginal flags and an Indigenous smoking ceremony took place.

Similar protests were held in other Australian state capitals, including Adelaide, South Australia, which drew around 2,000 people, according to reports

Prime Minister Anthony Albanese honored the nation’s Indigenous people, who have occupied the land for at least 65,000 years, during a flag-raising and citizenship ceremony in Australia’s capital, Canberra.

Albanese said, “Let us all recognise the unique privilege that we have to share this continent with the world’s oldest continuous culture.”

He said, “While it was a “difficult day” for Indigenous Australians, there were no plans to change the holiday’s date.”