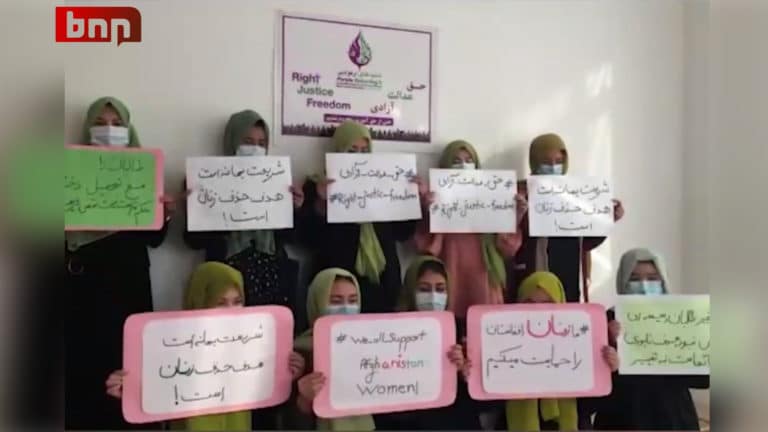 To mark International Day of Education, members of the ‘Purple Saturdays movement organised a protest rally in response to the ban on girls’ education by the Taliban in Afghanistan.

“The one and a half years rule of the Taliban proved that there has been no change in the Taliban’s view of women,” the protesters said.

The members of this movement called on the international #community to put more pressure on the Taliban and urged them to stop interacting with this group.

They also demanded “national unity” of citizens living within and outside Afghanistan against the Taliban.

About an hour ago
India