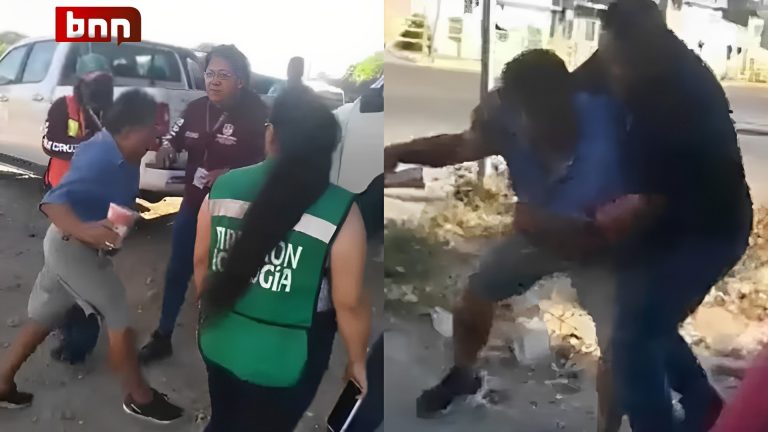 Rocío Gómez Ortega, director of Ecology in the City Hall of Salina Cruz, Oaxaca, suffered an attempted femicide when a subject threw a liquid towards the official to set her on fire.

The aggressor was identified as José Zeferino, who threw thinner at the director of Ecology, allegedly for not wanting to remove his irregular commerce.

The moment was captured on video by people who were with Gómez Ortega and who reacted quickly to the attack to prevent it. The man was detained by elements of the municipal police for threats but was later released.

In response, the Human Rights Ombudsman of the People of Oaxaca (DDHPO) issued a statement condemning the release of the aggressor and announced the initiation of an investigation into the actions of the authorities.

Two teenagers arrested in relation to school threats in Canada