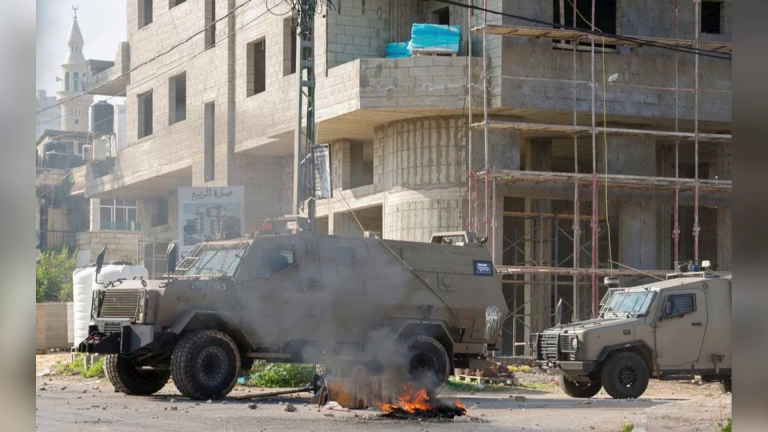 According to witnesses and medics, Israeli troops killed at least three Palestinians and injured several others during clashes with gunmen on Thursday in a flashpoint town in WestBank.

The Israeli military stated that an operation was underway in #Jenin but did not immediately disclose any details.

Jenin is one of the northern West Bank areas where Israel has increased operations in the last year following street attacks in its cities by local men. The violence has cast even more doubt on the delayed US-sponsored discussions on Palestinian statehood.

The identity of the Jenin casualties was not immediately known. Hamas and Islamic Jihad, two Palestinian armed groups, stated their gunmen were fighting Israeli troops.