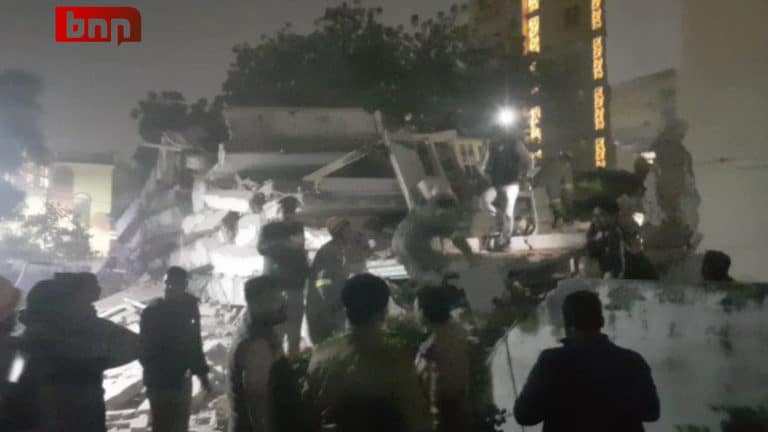 A four storey apartment building collapsed in Lucknow on Tuesday, the capital city of India’s Uttar Pradesh state. Three people died in the incident and many feared trapped in the rubble. Search operation underway.

At least four families are believed to be trapped under the debris of the collapsed building in Lucknow’s Hazratganj, officials at the site said.

Earlier in the day, an earthquake had been reported across northern India, officials are yet to determine if the tremors had weakened the old building.