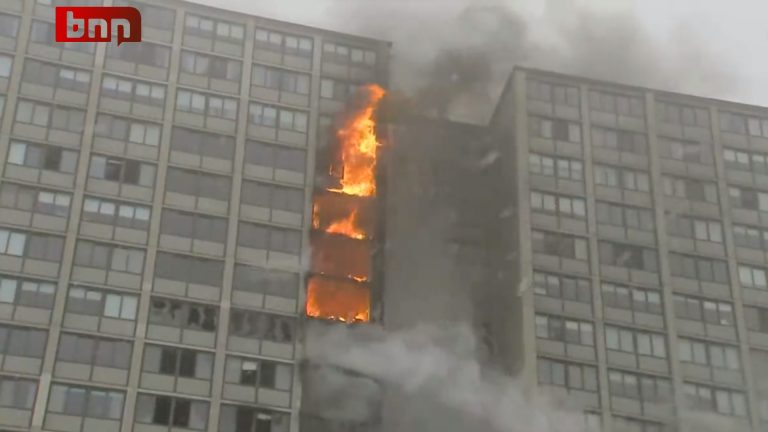 Firefighters in Chicago are battling an extra-alarm blaze that has engulfed multiple floors of a South Side high-rise on Wednesday, sending several people to the hospital.

According to ChicagoFire spokesman Larry Langford, the fire has spread to several floors of the 25-story Harper Square Co-Operative building in the 4800 block of South Lake Park Avenue.

A 70-year-old woman was transported to the hospital in critical condition. According to Langford, three to four other people were also taken to hospitals.

Everyone in danger has been evacuated from the building, according to Alderman Sophia King, and some residents can now remain safely inside.