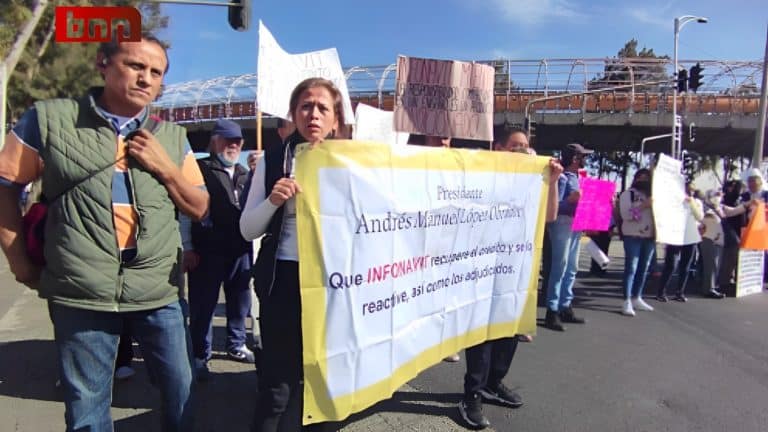 Blockade of roads near Mexico’s Chamber of Deputies due to “unpayable loans” from the National Workers’ Housing Fund Institute Infonavit.

Dozens of people who acquired a loan from the National Workers’ Housing Fund Institute blocked the roads leading to the Chamber of Deputies to demand an audit of the agency.

The protesters demand a review of the operation of the Fund and of each of the accounts of the borrowers, as they accuse that they have not finished paying their housing loans despite having made timely payments.

For this reason, the various groups closed the road on H. Congreso de la Unión and Eduardo Molina Avenue, near the San Lázaro Metro station.