Armed men identifying themselves as the Indigenous Council announced that they will defend their communities from the Jalisco Cartel – New Generation in Chiapas, Mexico 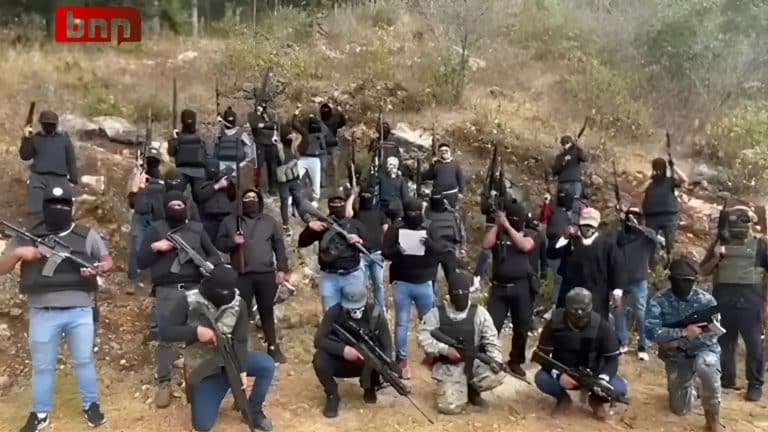 Armed men identifying themselves as the Indigenous Council announced that they will defend their communities from the Jalisco Cartel – New Generation CJNG in Chiapas.

Several armed men who identified themselves as the Indigenous Council announced that they will confront the Jalisco Cartel – New Generation (CJNG), saying that the reason for their creation is to defend the communities.

During their message, around 30 men with long weapons and with their faces covered assured that they seek to protect the communities from extortion and kidnappings by organized crime. The people were in an open-air area with some grass.

The armed men claimed that authorities and indigenous representatives met to publicize the alleged self-defense group.

“The reason for the creation of the Indigenous Council is to defend our communities from extortion and kidnapping by the so-called Jalisco Cartel New Generation,” was heard in the first part of the message.

The armed men assured that they would not allow these people to enter the area. “Let it be clear that we the indigenous brothers will not allow the entry of these rats, we will defend our communities and our people,” they commented.