A woman escaped a kidnapping attempt after jumping out of a moving car in Tecamachalco, Puebla state, Mexico 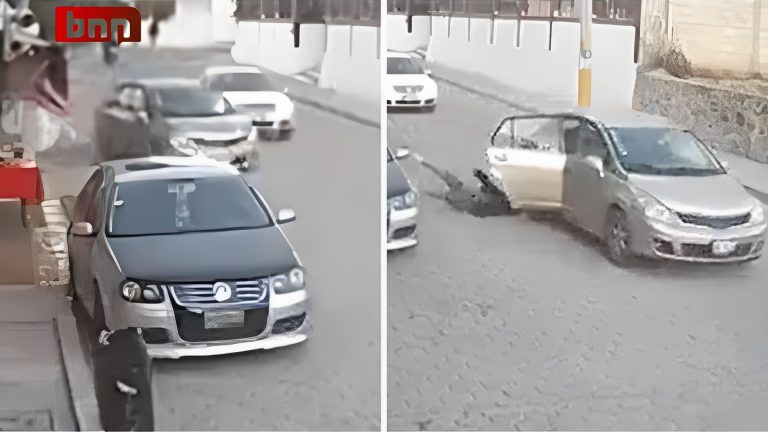 A woman escaped a kidnapping attempt after jumping out of a moving car in Tecamachalco, Puebla state.

Security cameras captured the moment a woman escaped from an alleged kidnapping in the municipality of Tecamachalco, in the state of Puebla.

The incident occurred at 07:10 a.m. when he was driving a white vehicle in the streets of the San Sebastian neighborhood, together with a man.

However, another car, a sand-colored Nissan, suddenly blocked the way. Immediately two subjects got out and forcibly took out the woman who was driving and the man who was in the passenger seat.

During the struggle, her companion managed to run into a store, but she was forced to get into the criminals’ car, even though they had already seized her car to take it away.

After a few seconds of walking, the victim managed to open the opposite door to throw himself onto the asphalt, as the thieves decided to flee.

The municipality’s security authorities are already investigating the incident in order to find the location of the car and the identity of the criminals, who could face charges not only for the robbery but also for the apparent kidnapping attempt.