A suspected robber was left hanging from a moving truck after an attempted robbery on the Orizaba-Puebla highway, Mexico 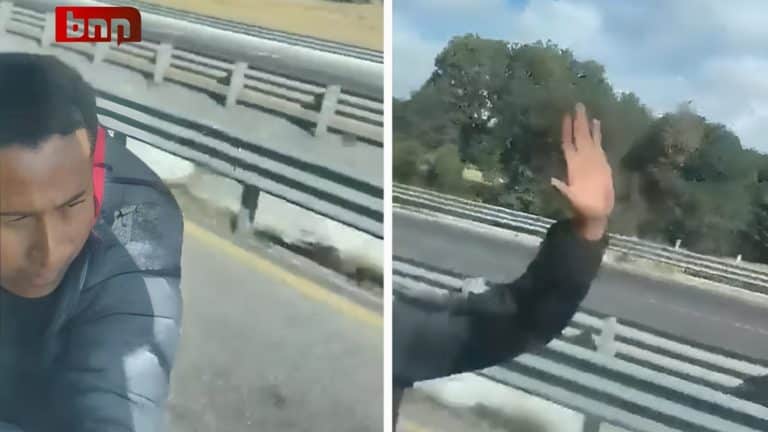 A suspected robber was left hanging from a moving truck after an attempted robbery on the Orizaba-Puebla highway.

A video circulating on social networks shows a suspected criminal hanging from the vehicle he tried to hold up. Meanwhile, the driver records the incident from inside the vehicle.

From what can be heard in the video, the truckers were traveling in a yellow torton truck. They also reported that they were being chased by a white pickup truck.

It is not known at this time whether the alleged criminal has been detained by the authorities.

Robberies of truckers are extremely common on Mexico’s highways; from January to August 2022, this crime increased 1.79 percent compared to the same period in 2021.