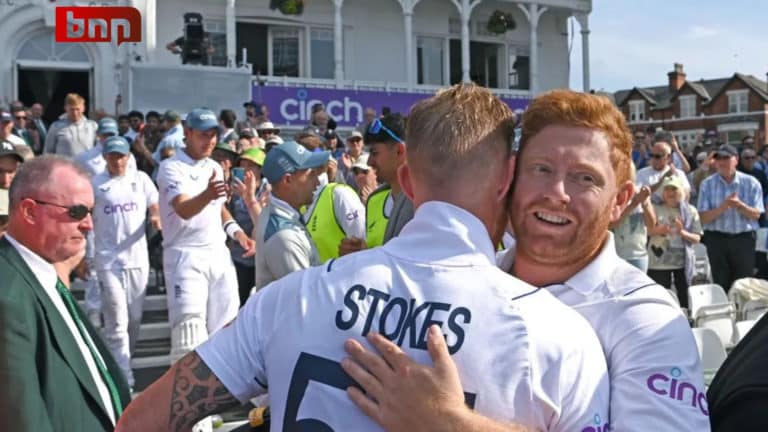 The ICC Men’s Test Team of the Year is littered with outstanding performers in the longest format. With a combined 6,988 runs during the calendar year and 198 wickets, there are outstanding individuals throughout the lineup.

Australia enjoyed another year of Test success, consolidating their position atop the ICC World Test Championship standings. Four of their stars feature in this Test XI, including top ranked batter and bowler in the MRF Tyres ICC Men’s Test Rankings, Marnus Labuschagne, and Pat Cummins.

Ben Stokes took the England captaincy in April and was a key catalyst for their Test revival. He is named captain of this side which features two of his teammates, James Anderson and ICC Men’s Player of the Month winner for June, Jonny Bairstow.

This side also boasts Pakistan’s Babar Azam, who scored more Test runs than any other batter in 2022, and the world’s leading Test wicket-takers during the year, Nathan Lyon and South Africa’s Kagiso Rabada.