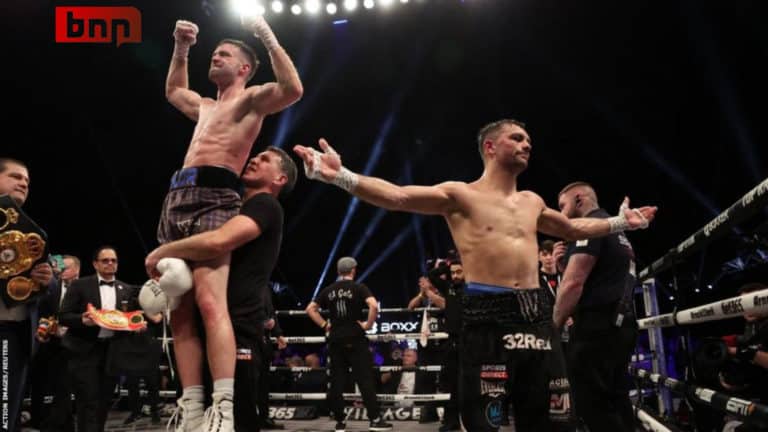 Josh Taylor says “it’s absolute nonsense” to suggest he is ducking a rematch with Jack Catterall. The 32-year-old Scot defeated the opponent in a highly disputed points decision in February of last year.

The rematch was originally scheduled for March 4, however it has been postponed due to Taylor’s foot issue. “I’ve made a lot of sacrifices to make this fight happen,” Taylor tells media

“People saying I’m scared and this and that, it’s absolute nonsense. If I was scared, I wouldn’t have been undisputed world champion. I’m scared to fight no-one.”

“I turned them down to do this and prove that was just a bad performance and I am still the best fighter on the planet in my weight class.”

“Boxing fans are quite fickle. They’re quick to forget.”