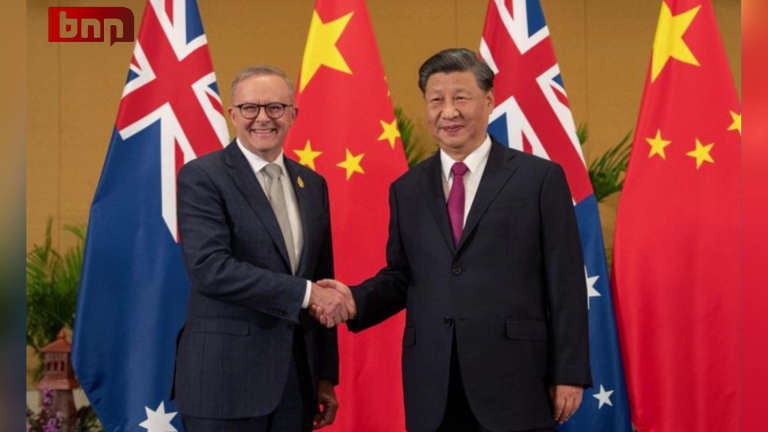 China’s President XiJinping stated that relations between Australia and China are proceeding in “the right direction, ahead of a meeting of top trade officials from the two nations scheduled for later this year.

According to reports, Xi sent a message to Governor General David Hurley to mark Australia Day. The Chinese leader stated that he places “great importance” on the development of bilateral relations.

The two countries have reviewed the past and looked to the future, making active efforts towards the right direction of improving and growing China-Australia ties,” Xi was quoted as saying.

Since the election of the center-left Labor government led by Prime Minister Anthony Albanese in May, relations between Australia and China have improved.

After Albanese’s predecessor, Scott Morrison, called for an international investigation into the origins of COVID-19, Beijing imposed trade sanctions on Australian exports such as coal, barley, and seafood.

Since Albanese’s election, Australian and Chinese officials have met for talks on foreign policy and defence, and there is optimism that the trade relationship will soon thaw. Trade Minister Don Farrell is expected to meet with his Chinese counterpart Wang Wentao in the first half of 2023 for talks.