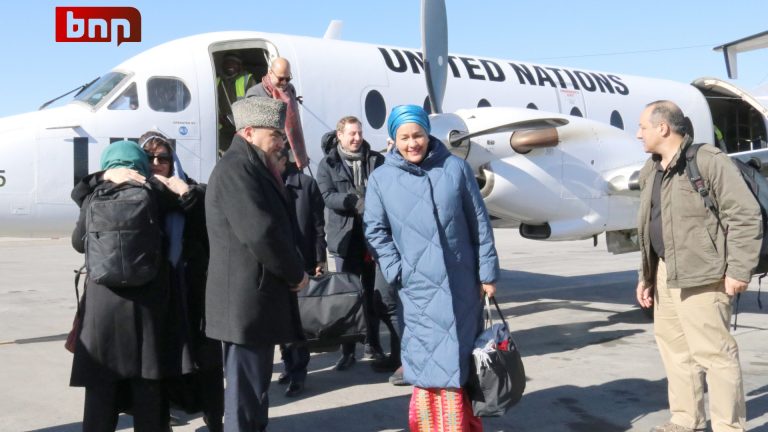 “We will never forget the women and girls of Afghanistan,” said UN Deputy Secretary-General Amina Mohammed in a post on Twitter.

This comes following her visit to Afghanistan to discuss women’s issues with the officials of the Islamic Emirate.

The DSG in her tweet wrote, “on behalf of the United Nations, Sima Bahous and Mohamed Khaled Khiari, we are committed to finding a way forward for women and girls to be seen and their human rights respected.”

The Executive Director of UN-Women, Sima Bahous and Assistant Secretary-General for the Middle East, Asia and the Pacific, Khaled Khiari were also part of the UN delegation to accompany the DSG on her trip to Afghanistan.

Keep reading, even on the go, install our web app!
Not now
Install
Politics

For an optimized experience on mobile, add BNN Breaking shortcut to your mobile device's home screen

1) Press the share button on your browser's menu bar