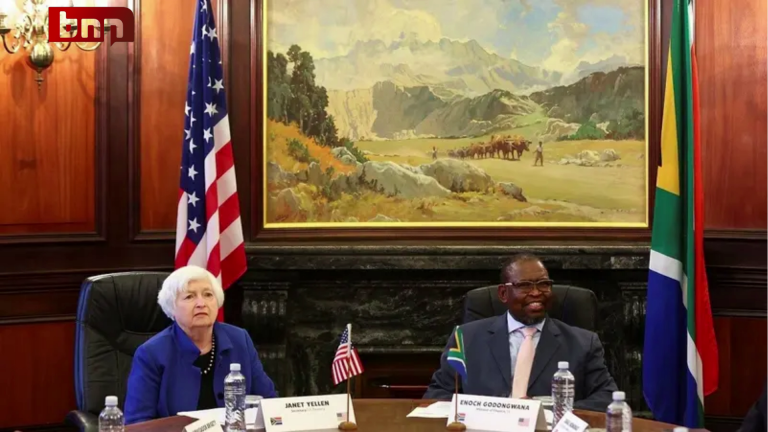 US Treasury Secretary Janet Yellen praised South Africa’s “brave” participation in the so-called Just Energy Transition Partnership, which is supported by the US and other Western countries.

However, she avoided mentioning US concerns about Pretoria’s planned military drills with China and Russia.

In prepared remarks, Yellen expressed gratitude for Godongwana’s “cooperation and insightful views” in their preliminary discussions, and stated that she planned to raise several issues, including Zambia’s stalled sovereign debt restructuring effort, given South Africa’s key role on the country’s creditor committee.