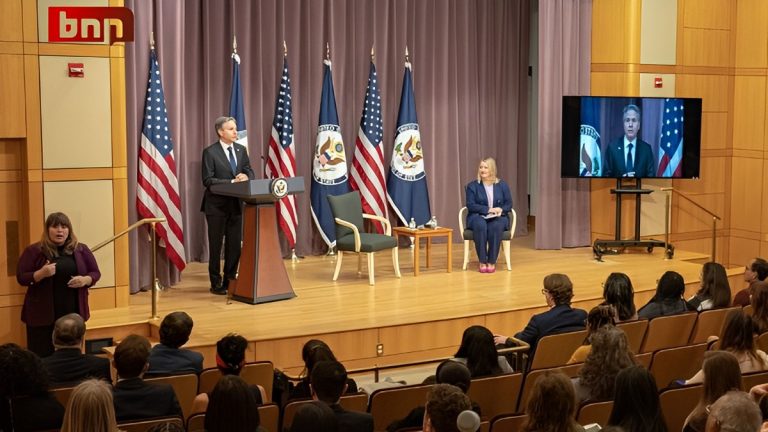 The United States has imposed visa restrictions on individuals in Nigeria who are acting to undermine the country’s democracy, according to a statement from US Secretary of State, Antony Blinken.

The statement, which was released on Wednesday, did not reveal the identities of those affected by the restrictions.

Blinken also noted that some family members of those barred from entering the United States may face the same restrictions.

He emphasized that the visa restrictions are not directed at the Nigerian people or government, but rather a reflection of the United States’ commitment to assisting Nigeria’s efforts to combat corruption and strengthen democracy and the rule of law.

Less than a minute ago
Palestine