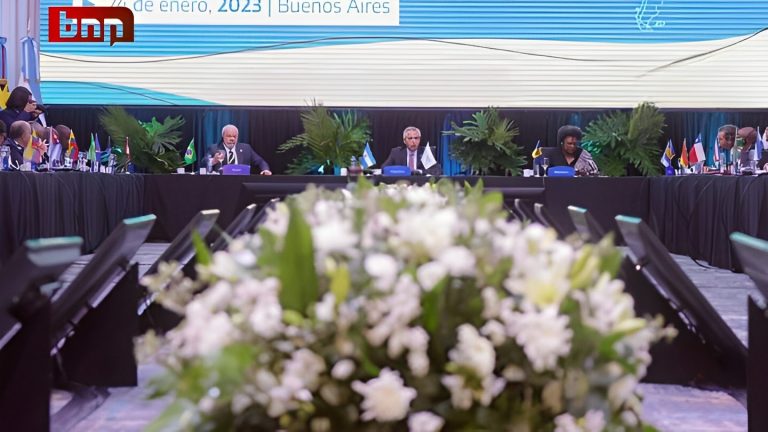 The representatives of the 33 countries of the Community of Latin American and Caribbean States CELAC highlighted the consensus to support “the development of the region in peace”.

The Undersecretary for Latin America and the Caribbean of the Ministry of Foreign Affairs, Gustavo Martínez Pandiani, highlighted the consensus reached by the 33 countries that make up Celac to “continue supporting the development” of the region in peace.

“The most important thing is that we have reached consensus among the 33 members who committed to continue working throughout 2023 to continue supporting the development of this region in peace and respecting the singularities of each political regime,” Pandiani said.

The Foreign Ministry official said that the concrete result of the Summit is contained in the so-called Declaration of Buenos Aires, “an agreement containing 111 points of agreement, which were unanimously approved by all members” of Celac.

The diplomat remarked that “for the first time there was perfect attendance, with 33 countries with high-level delegations including presidents, prime ministers, vice-presidents and foreign ministers, under the presidency of Alberto Fernández”.