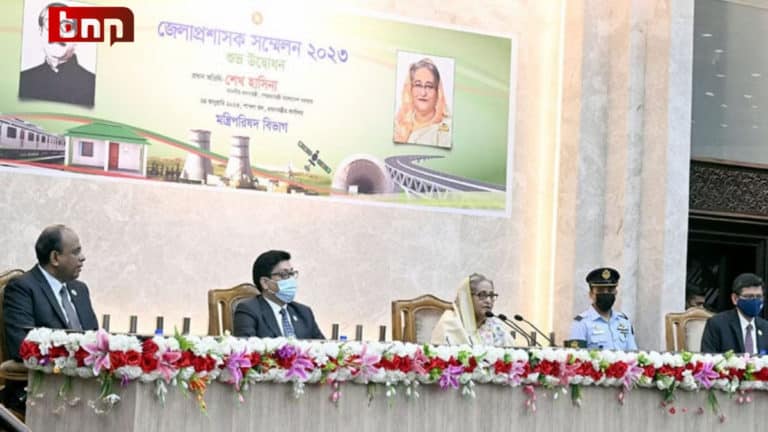 The conference, which will run until January 26th, will include 26 sessions, with 20 of them being working sessions. The DCs will also meet with the President, Chief Justice, and Speaker to receive instructions.

The conference will provide a platform for the DCs to exchange views with relevant ministries on the implementation of government policies, strategies and instructions.

245 proposals have been received from various ministries and DCs for this year’s conference, according to officials. State Minister for Public Administration, Cabinet Secretary, Principal Secretary, Rajshahi Divisional Commissioner, and Deputy Commissioners of Narsingdi and Bandarban were among those who spoke at the inaugural session.