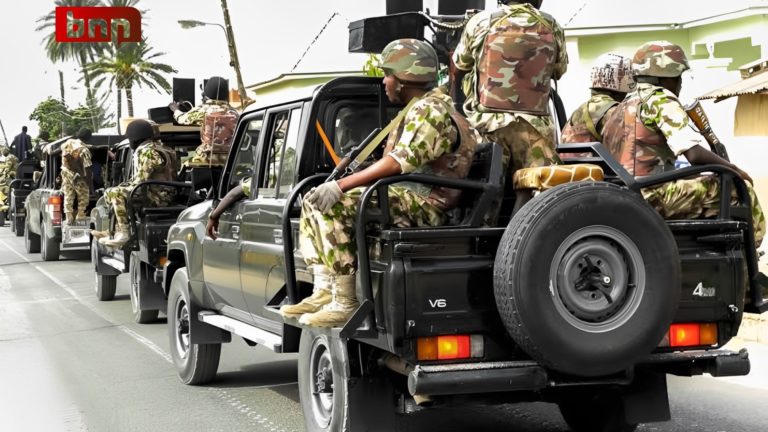 Nigerian troops of Operation Forest Sanity have reportedly killed three bandits, rescued 16 abducted persons, and recovered weapons and motorcycles in operations on the Birnin Gwari-Kaduna Road and in the Igabi Local Government Area of Kaduna State.

The troops responded to a distress call along the Udawa-Manini axis of the Birnin Gwari-Kaduna Road, arriving to foil the attack and rescuing 15 persons in the process.

They also responded to a distress call in Gonan Doctor village in Igabi Local Government Area and laid an ambush at a likely crossing point in Maraban Huda village, rescuing one kidnapped victim and recovering one motorcycle.