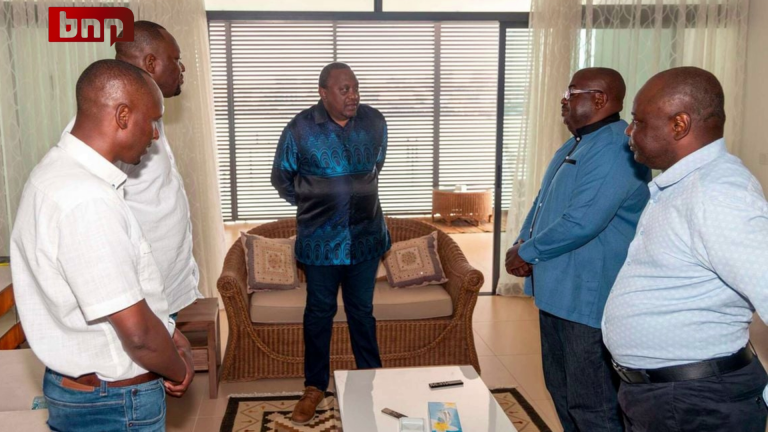 Former Kenyan president Uhuru Kenyatta urged for an end to the violence in the eastern Democratic Republic of the Congo on Wednesday.

The escalating tensions between the DRC and Rwanda have compounded local discontent.
Kenyatta serves as a mediator for the seven EAC member nations involved in the issue in the volatile region.

According to a statement from his office, he “expressed grave concern about the rapidly deteriorating situation” in North Kivu, where fighting has erupted between “various armed groups.
The statement was made one day after Rwanda purportedly opened fire on a DRC fighter jet that violated Rwandan airspace.

Kinshasa, meanwhile, asserted that no Congolese aircraft had entered Rwandan airspace and that Rwanda had committed an “act of war” by shooting down one of its aircraft.