Chris Hipkins is sworn in as Prime Minister of New Zealand 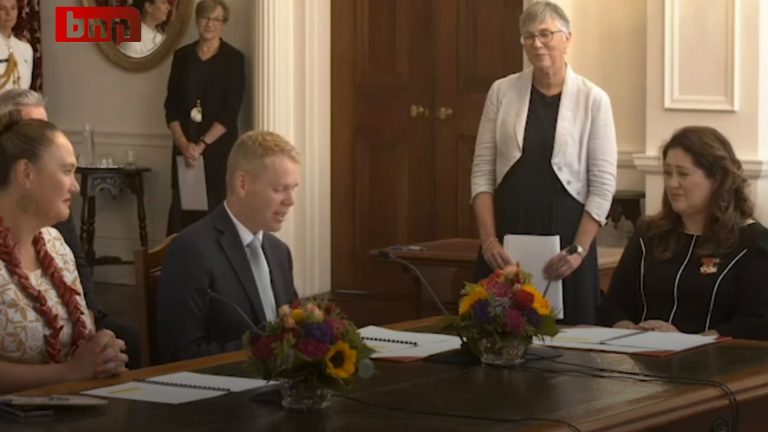 Hipkins, 44, has pledged a return to the fundamentals with an emphasis on the economy and what he called the “pandemic of inflation.”

His Labour Party is trailing the conservative opposition in opinion polls, and he will have less than nine months before a difficult general election.

After accepting Ardern’s resignation earlier, Governor-General of New Zealand Cindy Kiro presided over the brief swearing-in ceremony in front of friends and associates.

Hipkins said at the ceremony, “This is the biggest privilege and responsibility of my life. “The challenges ahead have me energized and excited.”

Less than a minute ago
Nigeria