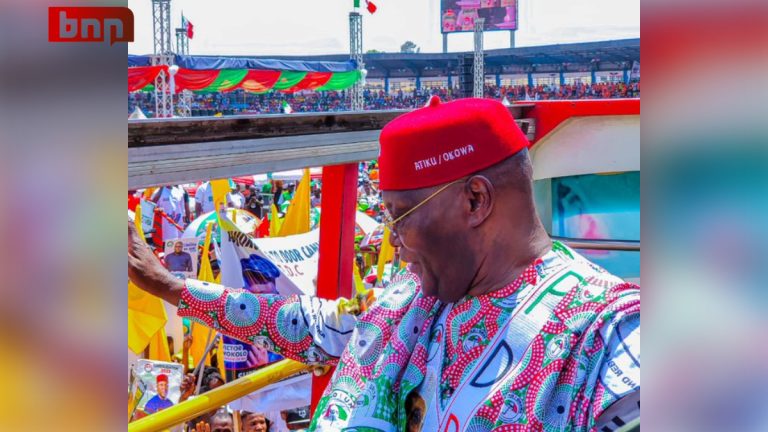 The Atiku/Okowa Campaign Organization has declared that the All Progressives Congress (APC) has collapsed in the South South region.

The statement was made based on the turnout at a recent Peoples Democratic Party (PDP) Presidential Campaign Rally in Asaba, Delta State.

The spokesperson of the campaign, Kola Ologbondiyan, said the rally reaffirmed the acceptability of the PDP Presidential Candidate, Atiku Abubakar, and his running mate, Governor Ifeanyi Okowa, in Delta State and other states in the South South region.

He also stated that the decamping of the State Secretary of the APC, Otunba Nick Ovuakporie, as well as other APC members to the PDP, signals the collapse of the APC in the region. Urged Nigerians to vote for Atiku Abubakar in the upcoming election and take necessary steps to defend their votes.