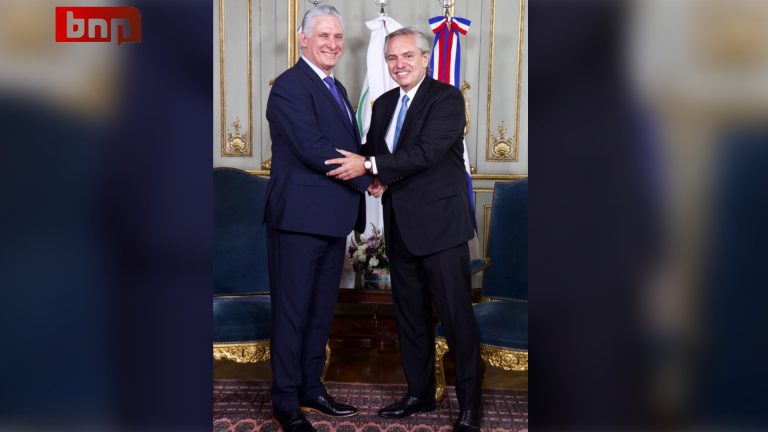 President Fernández met with his Cuban counterpart, Díaz-Canel, with whom he reaffirmed the “mutual objective of deepening” the ties between the two countries, as well as the importance of working to achieve “greater integration” of Latin America and the Caribbean.

The meeting was held at the San Martín Palace and Mr. Fernández was accompanied by Foreign Minister Santiago Cafiero and the Argentine Ambassador to the Caribbean country, Luis Ilarregui, according to a press release issued by the Argentine Government.

Fernández valued Cuba’s “constructive contributions and the permanent search for consensus” within the framework of Argentina’s Pro Tempore Presidency of Celac (the Community of Latin American and Caribbean States), whose VII Summit was held in Buenos Aires.

The presidents highlighted the “relevance of the Framework Cooperation Agreement for Agricultural Development, signed in January 2022 with the aim of contributing to rural development and favoring the work of small and medium-sized Cuban producers”.

The Argentine president reiterated his “support” for the resolution presented by Cuba opposing the adoption of unilateral coercive measures by the United States, considering them contrary to the United Nations Charter and international law.

Díaz-Canel “pondered Argentina’s traditional position against the economic blockade” on the island and also “thanked” President Alberto Fernández for the message he gave in the same sense at the last General Assembly of the United Nations.