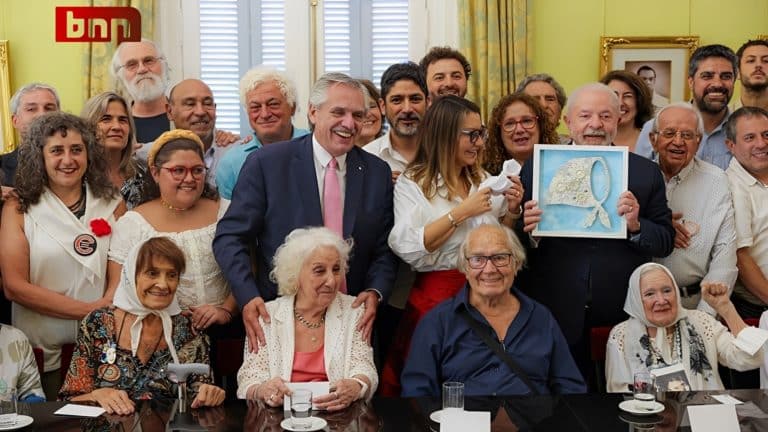 Opening the meeting, Fernandez praised Lula and told him that “there is no need for me to introduce you to those who are all enormous human rights fighters in Argentina, an example of organization in Latin America and the world”.

The Brazilian president pointed out that “we are making a trip to reestablish the normal relationship between Brazil and Argentina”, and thanked “the solidarity of Alberto Fernandez” during his imprisonment, a “hard moment for Brazilian democracy”.

In her speech, the head of the Grandmothers of Plaza de Mayo, Estela de Carlotto, emphasized to Lula the fact that “today you are president of this dear friend and brother nation, filling us with pride. We wish you the best and may you triumph with all your magnificent ideas”.