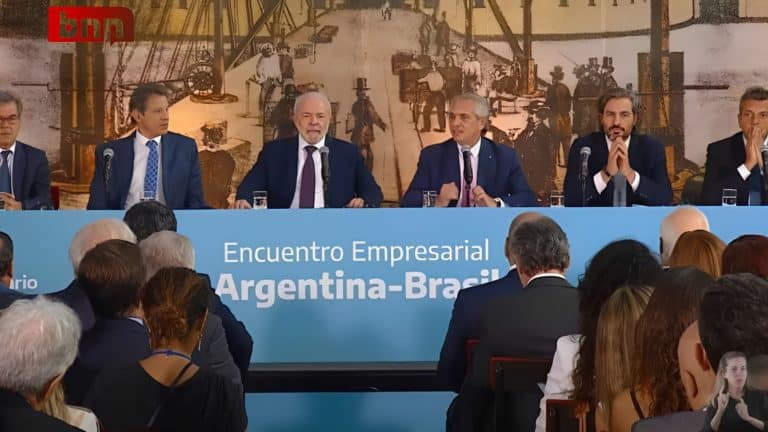 President Alberto Fernández emphasized that “a turning point in the history of Argentina and Brazil” is taking place, when he and President Luiz Inácio Lula da Silva met with more than 300 businessmen at the Bicentennial Museum.

With these words the presidents opened the activity which brought together representatives of large companies, SMEs, associations and chambers of companies from Argentina and Brazil, as well as unions and financial services and knowledge economy entities.

The Ministers of Foreign Affairs, International Trade and Worship, Santiago Cafiero, and of Economy, Sergio Massa, and the head of the Argentine Industrial Union, Daniel Funes de Rioja, also took part in the event on behalf of Argentina.

Representing Brazil were the head of the Finance Ministry, Fernando Haddad, and the heads of the Brazilian National Confederation of Industry (CNI), Robson Braga De Andrade, and of the Brazilian Export Agency, Jorge Viana.

About a minute ago
Iran