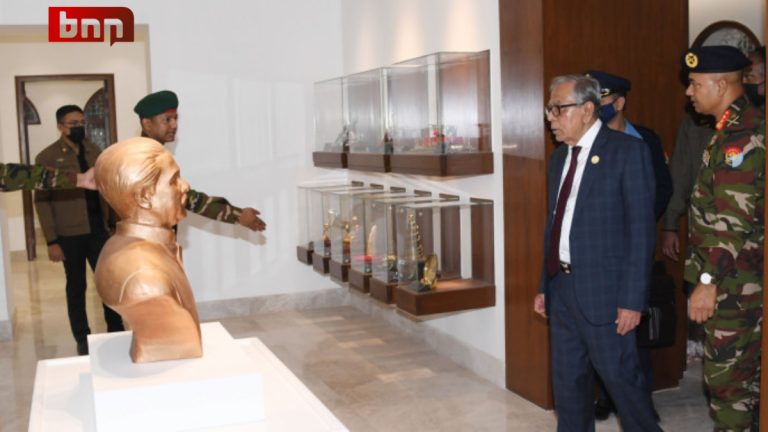 Bangladesh’s Presidential Palace, M Abdul Hamid, announced on Tuesday that the Bangabhaban, the Presidential palace, will be open to visitors on a limited scale.

Development activities such as the modernization of the Toshakhana Museum and the Air Raid Shelter House, as well as the construction of a walkway, are being implemented to make this possible.

The President said, “People usually can’t go inside the Bangabhaban. Nobody knows what’s inside, it’s in darkness. People will also know the history and tradition of the Bangabhaban as well as the countrymen.”

He added that the Bangabhaban Toshakhana Museum, which is a monument of centuries of colorful history and tradition of the Bengalis, will play an important role in preserving the rich history of Bangabhaban and presenting it to future generations.

The President also said that foreign envoys and ambassadors, as well as other visitors, will be able to learn about the country’s history, heritage and culture during their visit to the palace.

He also said that it is expected that people will be attracted to visit many installations of Bangabhaban and subsequently their attitude towards Bangladesh would be very positive.

The President said that people’s curiosity about Bangabhaban, which was once called ‘Manuk House’ and then ‘Governor House’, is endless. A unique combination of Victorian architecture with Islamic and Bengali architecture, the building is now the office and residence of the President of the Republic.