Yanomami Crisis: Brazilian NGO is overcrowded with cases of malaria and malnutrition 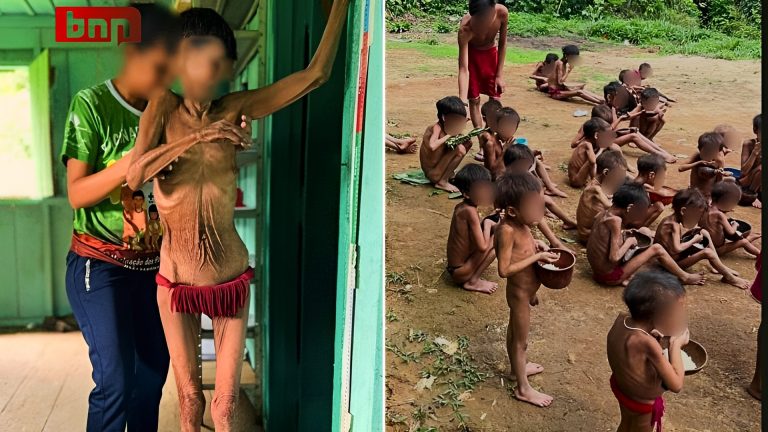 The indigenous health center, in Boa Vista city, Roraima state, has been transformed into an improvised and overcrowded hospital, with an excessive volume of serious and emergency cases of Yanomami indigenous people of all ages.

Teams from the public health system in Brazil and from the National Force attend to several cases of pneumonia, diarrhea, and respiratory failure in children, exacerbated by malnutrition.

700 indigenous people are being assisted in the area that has capacity for 200 people.

In addition to patients, the National Force also assists the companions of indigenous people who have symptoms of malnutrition.

The neglect of indigenous health happens at the same time that illegal mining in the territory grows in the region.

20,000 invading miners operate in the area, which has been without government medical care for four years.

In the last two years, 44,000 cases of malaria were registered in the Yanomami village, which has a population of 28,000 indigenous people.

The failure to supply Mebendazole harmed the health of 10,000 Yanomami children.