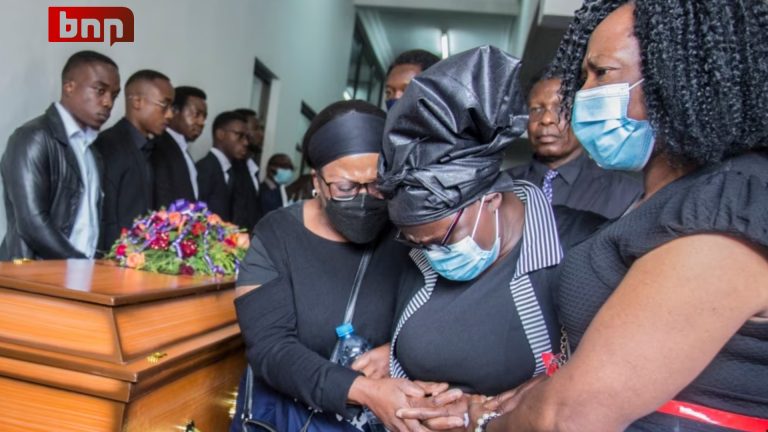 Thousands of people on Tuesday showed up in Lusaka for the funeral of a student killed while fighting for Russia in Ukraine.

Family members and friends who showed up at Lusaka Baptist Church where the 23-year old Lemekani Nyirenda used to worship before moving to Russian to study nuclear engineering hailed him as a humble man with big ambitions.

Nyirenda was recruited by Russia’s mercenary Wagner Group when the fight broke out last year. He was serving a nine year sentence in jail for a drug offense. Elsewhere the Tanzanian government has also confirmed the death of student Nemes Tarimo who was also killed last year after being recruited by Wagner.

Tanzanian Foreign Minister Stergomena Tax confirmed the death of the student. “When Tarimo was serving jail, he was given an opportunity to join the Russian army group called Wagner for payment and the promise that he would be freed after the war,” Mr Stergomena said.