Russian diplomat Konstantin Gavrilov calls on the West to prevent ‘nuclear provocations’, with the delivery of Leopard tanks to Ukraine 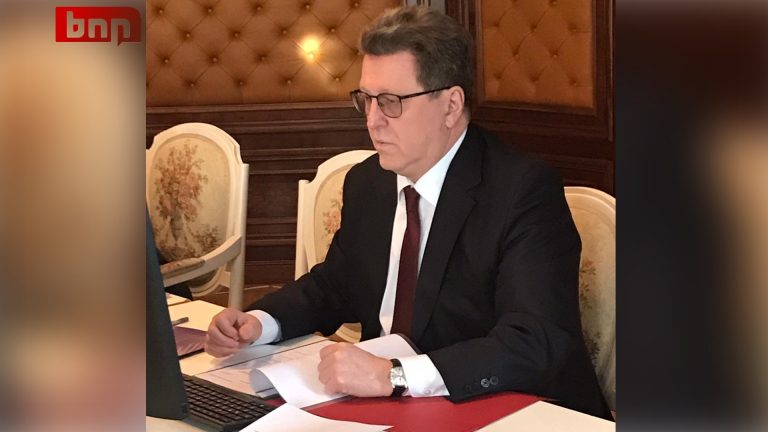 Konstantin Gavrilov, head of Russia’s delegation to the Vienna talks on military security and arms control has called on the West to prevent “nuclear provocations” with the delivery of Leopard 2 tanks.

Konstantin Gavrilov spoke at the OSCE forum on security cooperation. While speaking at the forum, Gavrilov said, “We warn the Western sponsors of the Kyiv military machine against encouraging nuclear provocations and blackmail. We know that Leopard 2 tanks, as well as the Bradley and Marder armored infantry carriers, are armed with armor-piercing projectiles with uranium warheads.”

Gavrilov explained, “Their use leads to the contamination of the area like it was in former Yugoslavia and Iraq. In case such munitions for NATO-made heavy weapons are supplied to Kyiv, we will consider that as the use of dirty nuclear bombs against Russia with all the consequences that come with it,” he said at an OSCE forum on security cooperation.”

The German government has decided to send 14 Leopard 2A6 tanks to Ukraine. Besides this, Berlin has allowed reexporting of Leopard tanks from other countries. Sergey Nechayev, Russia’s Ambassador to Germany slammed this decision and said, “it is extremely dangerous, as it raises the conflict to a new level of confrontation.”

Sergey Nechayev, in his words, said, “Berlin’s choice, signalled the final refusal of Germany to recognize historical responsibility for Nazi crimes committed during the Second World War. He said the decision cast into oblivion the difficult path of post-war reconciliation between the Russians and Germans.”

About an hour ago
Russia

Rostelecom decided to buy MegaFon from the structure of billionaire Usmanov