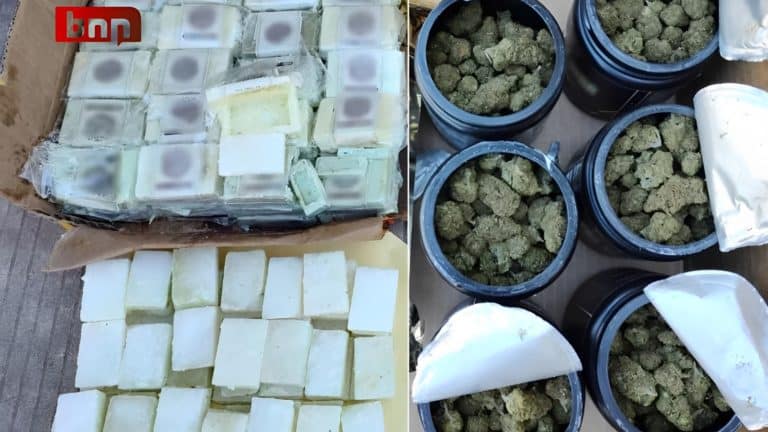 National Guard (GN) personnel were able to detect several packages that appeared to be chemical and nutritional products. However, upon inspection, they realized that they were actually multiple doses of crystal meth and marijuana.

These actions were carried out in a courier and parcel delivery company located in the municipality of Culiacán, Sinaloa, as part of the strategy to prevent the distribution of narcotics and firearms.

After several preventive scans, canine binomials of the National Guard suddenly changed their behavior when they detected a peculiar scent coming from two shipments.

Based on drug seizures in Sinaloa, it has been reported that sometimes the narcotics that are sent through courier companies are destined for the border city of Tijuana, as it is presumed that the final destination is the United States.