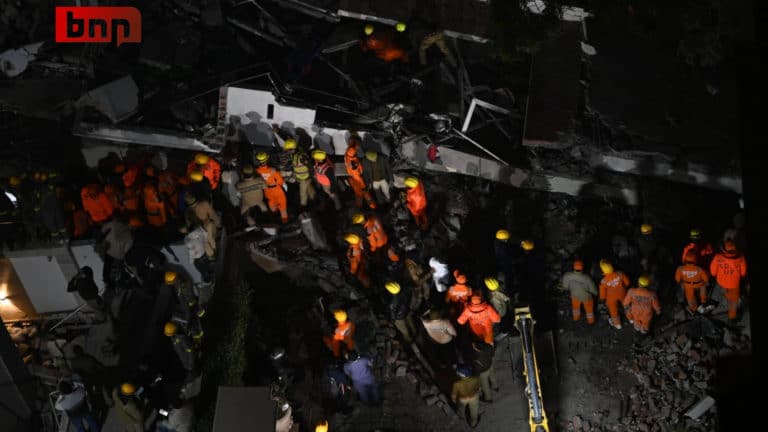 The building collapse in Lucknow resulted in three death till now. As per the information the rescue operation is going on and 5 people rescued.

Uttar Pradesh DGP said that the rescue team rescued 5 people, They were in shock and sent to the hospital. 8 families were inside when building collapsed. As per our estimate, 30-35 people should be trapped.

DGP further added that Today an earthquake of 5.5 Richter scale was felt in Lucknow and the building is in riverine belt. 8 teams of SDRF and 4 teams of #NDRF are present on the spot.

It is not clear what triggered the collapse of the building. However, several people suspect that an earthquake which hit Nepal might have caused the collapse. Apparently, some construction work in the basement area had also been going on.