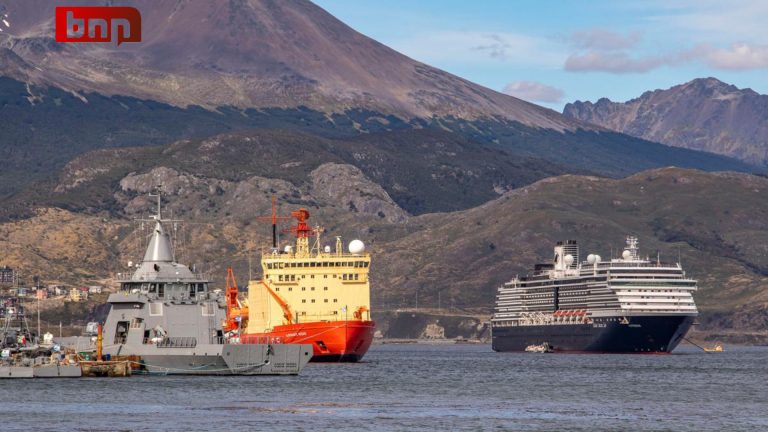 Icebreaker #Irizar begins the second stage of the Antarctic campaign from Ushuaia.

The icebreaker Almirante Irizar will set sail from the city of Ushuaia to begin the second stage of the Antarctic Summer Campaign in which it will resupply the Argentine Antarctic bases Orcadas, Belgrano II, Marambio and Decepción.

The country’s flagship, under the command of Captain Carlos Recio, arrived in the capital of Tierra del Fuego on Sunday 15 to resupply with fuel and materials, unload Antarctic waste and carry out tests on different equipment.

The Irizar was refueled with aircraft fuel, Antarctic diesel, construction materials, general cargo, supplies and scientific equipment, some of which was transported to Tierra del Fuego by the ARA “Canal Beagle”, which will also join the Antarctic campaign.

The Sea King helicopters on board the vessel decollocated to the Ushuaia Naval Air Station, where their systems underwent maintenance.

The icebreaker has so far sailed 4,467 nautical miles (approximately 8,130 km) in a period of 29 days, successfully complying with the schedule planned by the Joint Antarctic Command (Cocoantar).