A 13-year-old boy was shot and killed in Atlanta, Georgia. An innocent bystander family says 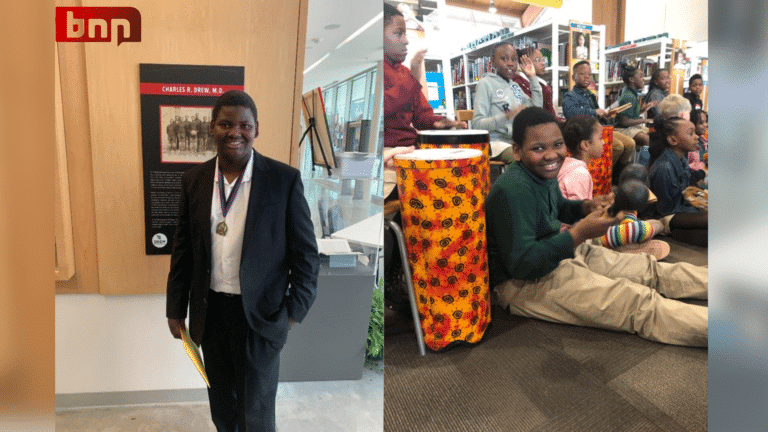 The family of a 13-year-old boy is planning his funeral after he was shot and killed outside a skating rink in southwest Atlanta, Georgia over the weekend.

Deshon DuBose’s family said he was an innocent bystander of gun violence. “If anybody is a grandmother out there, you should feel my pain right now,” Deshon’s grandmother, Vanessa Rogers, said.

Rogers is still coming to terms with him never coming home from a skating trip with friends.
“I have cried, and the tears won’t stop until I get justice,” she added.

Maya DuBose, Deshon’s sister, is now left without her little brother. “One minute we’re good. The next minute, it comes back. We’re taking it hard,” she said.

The boy’s family said he was out with friends at Cascade Family Skating Saturday night when a fight started, and gunfire erupted after closing time.

Charles DuBose, Deshon’s grandfather, said he did not know the group. “Now is time out for the gun banging and the gangbanging and all this stuff because you get too many innocent people get caught up like this,” he said.

Deshon’s mother, Charlett, lost her only son but is trying to stay strong for his older sister. “It’s too much killing. You all are killing us, your own kind. Put them down. Please. Please. You all are youngins. You all should not be doing this,” she pleaded.

Deshon’s family said he was quiet and kept to himself. He spent his time studying, playing video games or volunteering in the community.

“I would like for him to be remembered for his humbleness, for his caring for others and for his gentleness because he’s known as being a gentle giant,” Forrest Parker, Deshon’s great uncle said.

Deshon just turned 13 in November and already stood six feet tall. His heart and goals were as big as his stature. “I hurt because I had great aspirations for him. I had great plans for his future,” Charles said. “Deshon always wanted to help people. He was an old soul.”

Charles said those plans included Deshon eventually becoming a pastor. “I don’t want to see another family to have to go through this grieving over their child. We can’t do anything about once their child loses their life over some senseless stuff,” he continued.

Deshon’s family said he was an honor roll student and liked helping out his school’s basketball team.
Words of remembrance in chalk line the outside of Drew Charter School Monday where Deshon made his mark as a 7th grader. Atlanta Police haven’t named any suspects but say this is an active, ongoing investigation.

Mexico Strengthening Ties with Bangladesh: A New Era of Cooperation and Partnership

Foreign Minister Soylu: Every American ambassador who comes to Turkey is in a hurry to “how can I make a coup in Turkey”