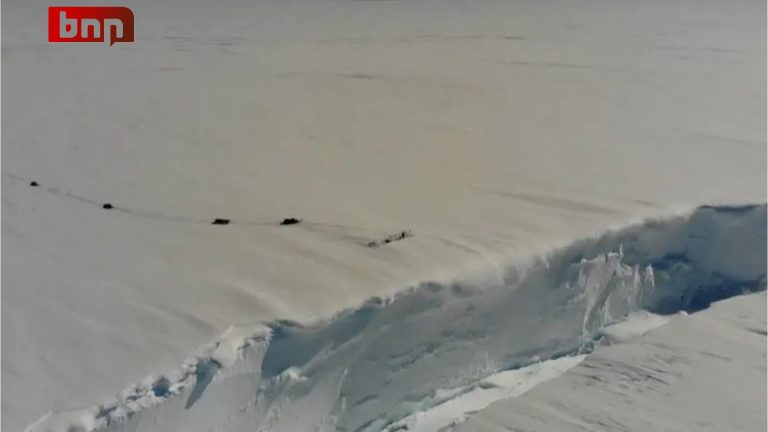 Researchers announced Monday that a massive iceberg nearly the size of Greater London (598 square miles)
has broken off the Antarctic ice shelf near a research station, the second such split in two years.

The British Antarctic Survey (BAS) stated that the new iceberg’s formation – a natural process known as “calving” – was not caused by climate change, which is hastening the loss of sea ice in the Arctic and parts of Antarctica.

The 1,550 square kilometres (598 square miles) iceberg broke away from the 150-meter-thick BruntIceShelf a decade after scientists discovered massive cracks in the shelf.

A similar spectacular separation occurred about a year ago, involving a 1,270-square-kilometer iceberg.

Yakutia Lake Has Vanished Beneath The Snow As A Result Of Climate Change.