A strong earthquake was recorded in Santiago del Estero, Argentina, reaching 6.2° on the Richter scale. 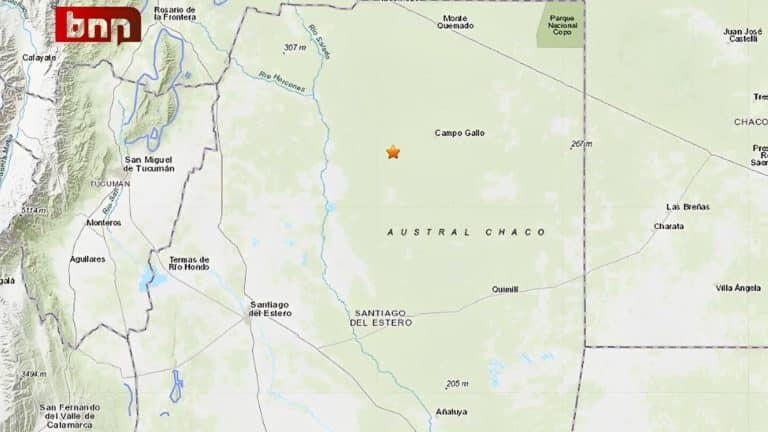 A strong earthquake was recorded in Santiago del Estero, reaching 6.2° on the Richter scale.

A strong telluric movement was registered in Santiago del Estero and, according to the first information from the earthquake measurement centers, it reached 6.2° on the Richter scale.

The epicenter was in the town of Campo Gallo, in the northeast of the province and almost 250 kilometers from the capital of Santiago del Estero.

The movement was recorded at a depth of 622 kilometers. It had an intensity of III on the modified Mercalli scale and was felt in the cities of Santiago del Estero, San Miguel de Tucumán, San Fernando del Valle de Catamarca, and La Rioja.

The tremor was also registered by the sensors of the Seismological Center of the University of Santiago de Chile as well as by the National Institute of Seismic Prevention (Inpres).

This same locality had registered an earthquake last Friday, which was a little stronger. In that case, it reached 6.8° on the Richter scale, at a depth of 610 kilometers.