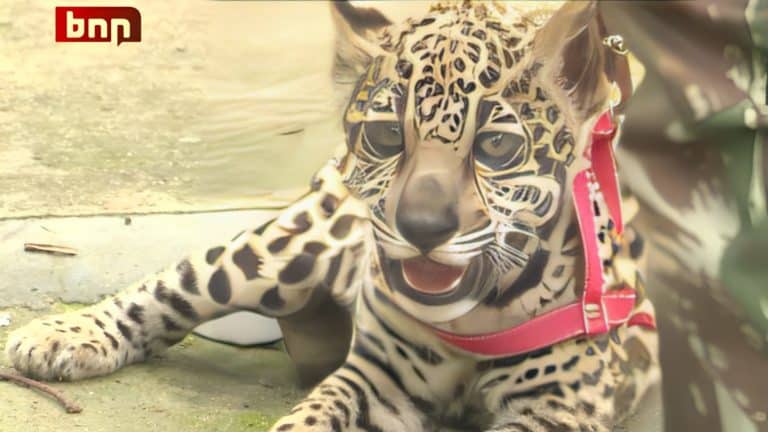 The Environmental Military Police rescued a four-month-old jaguar cub, which would be sold by a 78-year-old man. Police authorities suspect that the illegal hunter would have killed the feline’s mother.

The criminal tried to negotiate the sale of the animal for US$3,859 in a community in Manaus city. The crime was discovered after a complaint to the Environmental Police.

The animal was sent to the Jungle War Training Center, where the city’s zoo is located.