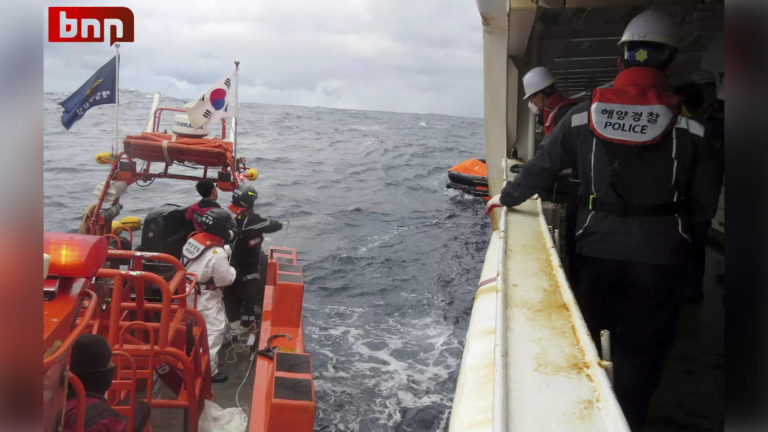 On Wednesday, five members of the crew were rescued from a cargo ship that sank off the coast of southwestern Japan due to strong winter winds, with planes and ships, including private vessels, searching for the remaining 17.

According to the Japan Coast Guard, The vessel, the 6,651-tonne Hong Kong-registered “Jintian”, issued a distress call late on Tuesday.

According to reports, a person on board the ship stated that the ship was listing and taking on water, and later reports stated that the 22 crew members – all Chinese or Myanmar nationals – had transferred to lifeboats.

There was no immediate word on what caused the lumber-carrying vessel to capsize. According to a Coast Guard spokesperson, the distress signal was received around 11:15 p.m. on Tuesday.

The Coast Guard immediately requested assistance from patrol ships and aircraft in the area, west of Nagasaki, according to top government spokesman Hirokazu Matsuno.