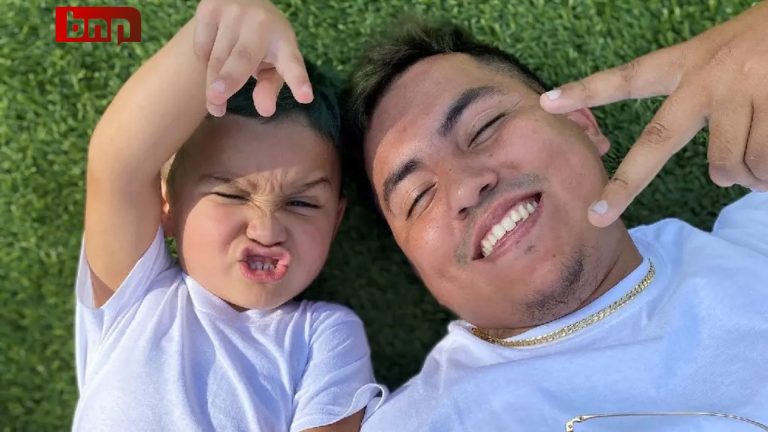 Randy Gonzalez, the father in the popular TikTok duo Enkyboys, has died from colon cancer. Gonzalez passed away Wednesday while in hospice. He was 35 years old.

Gonzalez, who along with his son Brice amassed over 15.5 million followers on TikTok, first shared news of his condition last April, telling fans he was given up to three years to live and that chemotherapy could possibly help extend his life by five more years.

Following his announcement, Randy created a GoFundMe to help pay for treatments after he said he was rejected at the University of Texas cancer centre because they did not take his insurance. The fundraiser raised more than $200,000.

“This fundraiser is to help me to pay for my treatment at #MDAnderson and to bring awareness for Colon Cancer to all young men who are not familiar with it.

For all who may not know it runs in their family or for those who may have mutated it like myself! Thank you all for the love and support, without y’all we couldn’t be the Enkyboys,” he wrote on the page.

The duo used TikTok to spread awareness of colon cancer. Randy updated fans in November on his battle, saying he hoped “to be a great example in a year’s time,” “when I beat it.”

Brice had recently landed a role on NBC’s “Lopez vs. Lopez” show as Chance. His co-star George Lopez posted on social media.

“My sincerest condolences to Brice and the entire Gonzalez family. The love and the bond Randy had for his son and his family was undeniable, you can see it in every video. He will be missed but never forgotten. My heart goes out to the entire family. Dios te bendiga.”

Tributes and an outpouring of support continue to fill the comments in Gonzalez’s last Instagram post in December. Randy leaves behind a wife and three children.

Another bridge collapsed in Himachal Pradesh’s Chamba after landslide